As Death gives way to Victory

As I sit here prepared to type this out…. I am actually not that prepared to be honest.  This is a really special thing to be blogging about, something I’d love to keep to myself and the very few people who know about it, but The Lord has prompted me to type it out, not only to keep a record of it, but to bless others who may have, or are going through a similar journey.  And guess what, sadly, we’re ALL going to go through something like this in our lifetime if we love, even a few people, with any depth. 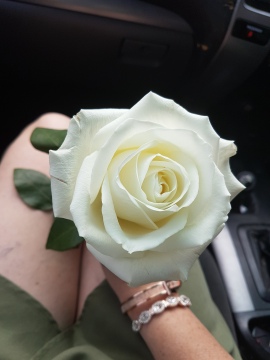 A quote I recently heard covers in a nutshell how I’ve been able to write these recent posts. (well, technically, I wrote the Eulogy the week following my Dad’s passing).

The quote goes “The Darkness may never pass, but it won’t always be this heavy.”  This is so true as, believe me, it is no less ‘dark’ that it was 10wks ago, but the ‘weight’ has significantly lessened.   I don’t want to include this quote though without adding that there has also been a whole lot of LIGHT around the passing of my Dad.  His entry into Heaven was nothing but light !!

But there was a split second at his passing where it wasn’t a happy departure… but only ever so split a second. …  and this brings me to what The Lord blessed me with by way of a vision the day after Dad went Home.

To set this up.. I need to backtrack just a tad…

I always prayed fervently for my Dad’s mental & emotional health, as living with Parkinson’s Disease is much like living within the prison of your own body.  I claimed protection over him each day and thanked our Heavenly Father for His loving protection around my Dad.   So, of course, each time I visited my Dad in the home, I came armed with spiritual warfare tools.. and I used them with ever bit of strength I had.   There was NO WAY the enemy was having one bit of my Dad’s last days, weeks, months…or whatever amount of time it was going to be.  It may have appeared that he got a bit of a foothold by way of hallucinations & negative emotions shown towards loved ones, but the enemy was sure kicked to the kerb quickly when we realised what he was up to.  I distinctly remember 2 phone calls from my sister while she was with Dad in distress.  I remember them so well because I had been going before the Lord each day, asking Him to equip me for exactly this type of call, or situation in person with Dad.  Man, I know He spoke through me during those calls as I was barely holding it together, and yet prayed with strength & determination.  I was shocked at my own words afterwards and promptly collapsed to the floor after hanging up the phone.  BUT, Dad was calm after them, so GOD IS GOOD … ALL THE TIME !!!

So, as I often am when praying warfare prayers, I had been shown angels at different times in the 3mths Dad was in the home.  But on Dad’s last day, I was shown 2 very solemn looking Angels against the wall behind Dad’s head.  Dad’s bed was sitting in the middle of the room, if not maybe a little more away from where the angels were standing.  I was shown these angels several times during that last day which brought unmeasurable comfort to me.  I couldn’t tell you how, but they were different to the others I’d seen in the months prior.

I have to admit, in the week leading up to Dad’s passing, when we really knew it was only days away, it had gone through my mind that it would be so fantastic to see something awesome occur as Dad passed.. you know, Jesus coming and taking him by the hand, or Dad suddenly becoming alert and smiling at whoever had come to collect him.

As it turned out, I was collapsed on the floor in a heap after seeing the nurse nod his head that he had, in fact, gone.  Sidenote – I doubt I will ever not see that image.. of the nurse, stethoscope in his ears & on Dad’s chest, nod his head just the one time.

So, as I said, at the moment of a possibly awesome vision to be seen, I was in too much physical & emotional pain to even look up.

BUT….  surprise surprise, God still gave me the awesome moment the following day.. and right when I needed it too.

I saw the room at the home, Dad in the centre, My Mum, Sister and 3 nieces surrounding the bed…. but on the floor. (not completely.. some of us were just bent double.. but that’s just a technicality.)  The angels stepped forward and Dad was between them.  I cannot tell you what my Dad was wearing, whether he looked young or old, but I can tell you, with a multitude of confidence, that he looked the happiest & healthiest a person could possibly look as he took in the 2 angels with their arms stretched out towards him, ready to lead him Home.  Dad looked back at his earthly tent, and us 6 girls, all in a state of absolute heartbreak, and for the smallest measurement of a split second, was as heartbroken as he had been happy that split second before.

I saw his emotions played out like a story, how could he leave 6 of the people he cared most about, in the state they were in…. and then with a smile and a small shrug of the shoulders, he said to himself “They’ll be right behind me.”.  He turned back toward the waiting angels and off he went.  Death gave way to Victory !!!

I don’t know how this comes across on paper, as I obviously experienced it in the spirit, so I can only hope it is conveyed with even an ounce of the awesomeness in which I received it.

Not only did I feel oh so privileged to be given this vision, but I feel I got such an insight into the things of Glory.  Just seeing those angels, how they interacted with Dad, and how he interacted with them.  The emotion on Dad’s face…  I received a huge blessing that day that I will treasure until I see Dad again.  It has sustained me on the rough days, and made the brighter days so much brighter.

Thank you to my Heavenly Father for loving me beyond measure, for Jesus who went to the cross for my sins, and to the Holy Spirit who is with me at all times, prompting me, teaching me, guiding me.  Without this Holy Trinity, I would still be bent over double with my heart spilled on the floor.  My Dad was a clever man, he knew that not only would the 6 of us carry each other through the rough times ahead, but Jesus was already at work putting our broken hearts back together, wetting us with his own tears as he worked on us. 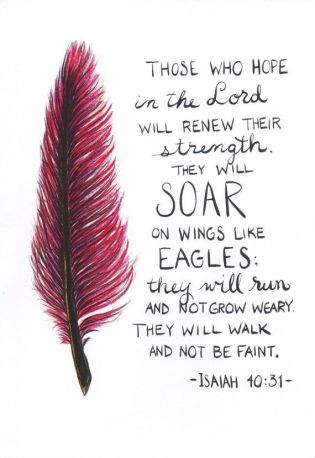 2 thoughts on “As Death gives way to Victory”